W.T.C. PRODUCTIONS is proud to present ENTARTUNG's highly anticipated third album, Baptised into the Faith of Lust. A work of timeless black metal traditionalism given flight by flawless songwriting and emotive execution, Baptised into the Faith of Lust is THE album where ENTARTUNG ascend the throne and rule over all they survey, in a kingdom where the genre's aesthetics have become dilluted by modernity (or worse) but one which will be righted by their righteous conviction.

ENTARTUNG was founded in 2011 by Lykormas and Vulfolaic. As veterans of the old-school black metal scene, they set out to make music true to the original vibe of the genre, void of commercialism and modern trends. The duo skipped the usual demo phase and independently wrote and recorded their debut album, Krypteia. ENTARTUNG immediately got signed by W.T.C.Productions, who released Krypteia in the spring of 2012 on compact disc.

One year later, ENTARTUNG started writing and recording their sophomore album. The internal tensions and conflicts that arose during this process were successfully channeled into violent and aggressive renditions of the actual material. Contrary to the previous album, which exclusively featured German lyrics, Peccata Mortalia predominantly focuses on English as the main language. Peccata Mortalia was again released by WORLD TERROR COMMITTEE in May 2014, this time on both compact disc and vinyl. Simultaneously, Krypteia also saw a vinyl release.

In late 2014, ENTARTUNG was invited to play an exclusive show at the 2015 edition of the Veneration of the Dead festival in the Netherlands. For the purpose of this festival, ENTARTUNG recruited skinsman Haistulf and started working on a set consisting of both Krypteia and Peccata Mortalia material.

Continuing as a three-piece, ENTARTUNG then recorded their third album, Baptised into the Faith of Lust, throughout the winter of 2015-2016. The new compositions build further upon the style which was established on both Krypteia and Peccata Mortalia and successfully push the boundaries of the genre, focusing on both feel and detail as well as atmosphere and aggression. Lyrically, Baptised into the Faith of Lust explores the more obscure side of history, religious mass delusions, and the writings of Fyodor Dostoyevsky, Selma Lagerlöf, Charles Baudelaire, and Hermann Löns.

Baptised into the Faith of Lust was mixed by ENTARTUNG and was subsequently mastered by Patrick W. Engel at Temple of Disharmony. Once again, the band entrusts WORLD TERROR COMMITTEE with the release of third ENTARTUNG opus, both on compact disc and vinyl. The album's artwork is a twisted and bizarre take on orthodox iconography, further elucidated by its musical/lyrical contents. Become Baptised into the Faith of Lust with ENTARTUNG! (N.T.B) 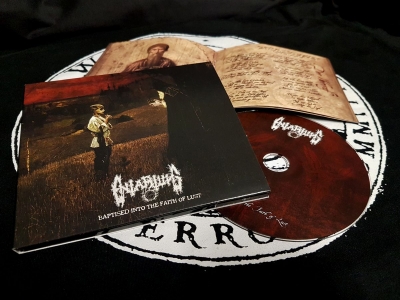 Behexen - By the Blessing of Satan - Digipak CD 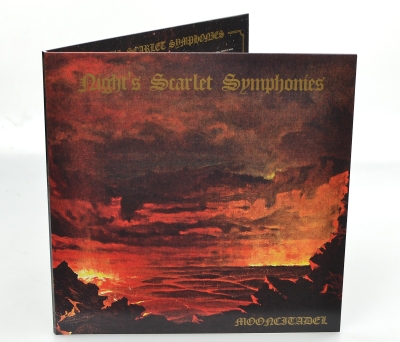