A so-far shadowy entity, ORTHODOXY hail from Spain and formed sometime during the past decade. In 2015, the band's first demo, Shaarimoth, burst forth from the womb, displaying a band fully, frighteningly formed. Indeed, this collective were no mere youngsters; the band's founder hails from well-respected cult DOMAINS, also a part of THE SINISTER FLAME's very selective cabal. However, that demo was but a mere taste of the salacious, supernatural slime to follow...

At last, it arrives in full-length form, bearing the title Novus Lux Dominus. Howling from a black void, ORTHODOXY arrogantly stride forward with far more focus and utterly gutted execution. No more but certainly no less, Novus Lux Dominus is all-caps DEATH METAL - pure and proud, dark and sinister, sidestepping all the muddled miscegenation of nowadays "death metal" - and duly delivers a nine-song/44-minute journey below the bowels of the Beyond. Magickal in every sense, Novus Lux Dominus weaves an alternately hypnotic and disruptive spell, beckoning the listener ever deeper into their devastating energies, only to flay both body and soul with a sadism borne of incomparable darkness. Thusly, ORTHODOXY create a Metal of Death that's haunting and crushing in equal measure. A cursory reading of some of the album's component song titles - Flame of Primordial Essence, Residues of an Obsolete Trance and Voluptuous Death among them - should more than spell out the righteous diabolism that awaits. 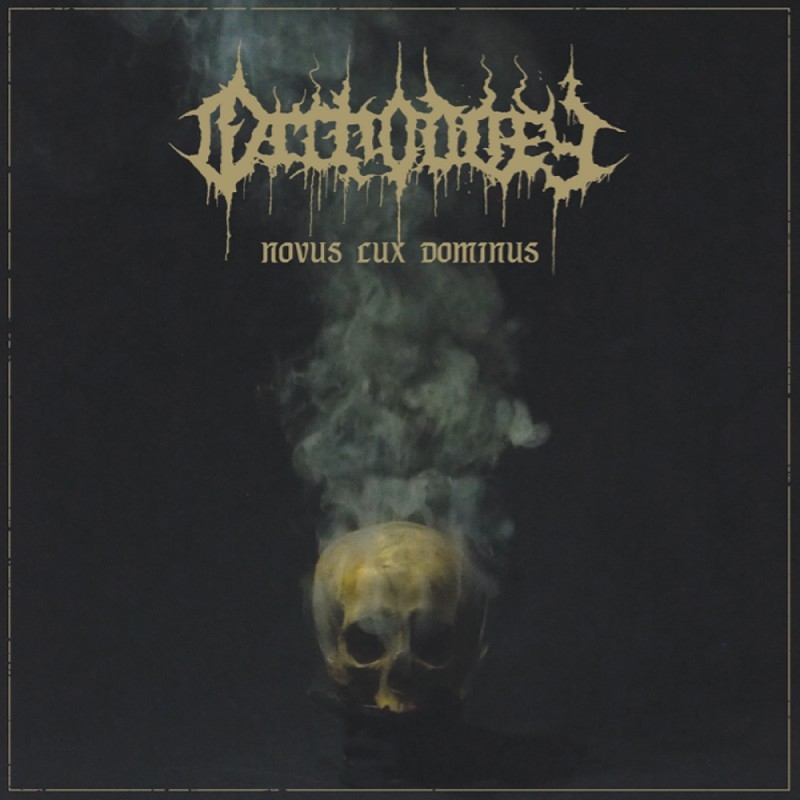