(Description by J. Campbell) Though they only released a handful of tracks, Conqueror’s sound defined an entire subgenre of black metal. During the band’s short existence, they deliberately avoided live performance, focusing instead on perfecting their recorded output. But on November 8, 2014, at NWN! Fest IV in Berlin, Conqueror appeared on stage for the first, last, and only time. Joining J. Read and R. Forster were Revenge’s Vermin on guitar and Haasiophis on bass and vocals. The historic performance was captured on video and previously released on DVD as part of the “War Cult Supremacy” 20th anniversary reissue in 2016. The release of “Nuclear Cult Supremacy” marks the first time the audio from this performance has been decoupled from the video and mastered for release on vinyl, CD and tape to preserve this monumental event. / NWN 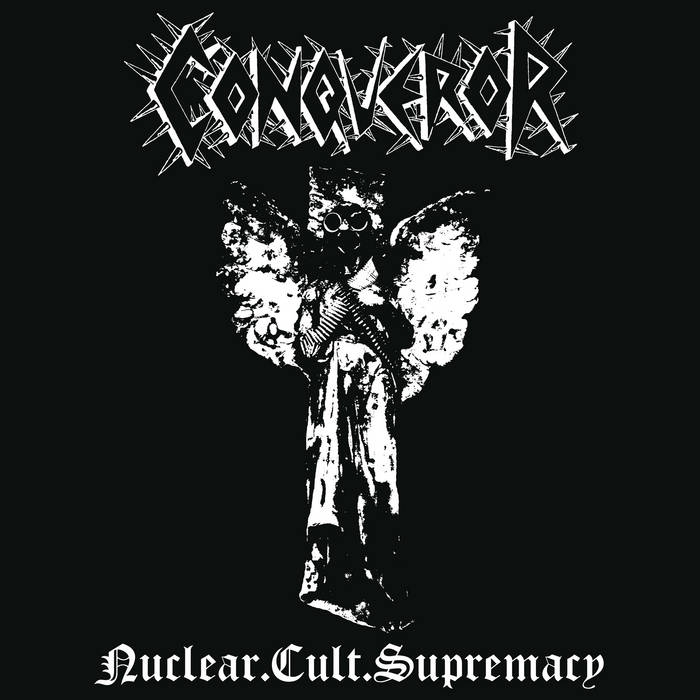