Embryonic Slumber - In Worship Our Blood Is Buried - Digipak CD

DIGIPAK CD EDITION INCLUDES BONUS TRACK, "I AM THE STORM."

Hailing from Finland, while EMBRYONIC SLUMBER may be a brand-new entity in name, the duo are longtime veterans of the underground: VARGRAV / DRUADAN FOREST mainman V-Khaoz and Hellwind Inferion, an incredibly prolific drummer but more recently known as the vocalist for both Sargeist and Desolate Shrine. And while what they create together as EMBRYONIC SLUMBER may show slight shades of their collective pasts, the resulting recording - the full-length In Worship Our Blood is Buried, the band's bolt-from-the-blue debut - handily transcends comparisons altogether.

On evidence of this fully-formed first creation, EMBRYONIC SLUMBER are indeed aptly monikered. Theirs is a dense-yet-sumptuous swell of sound, "cosmic black metal" in form and content, but finessed and nuanced to such a sterling degree that this debut album safely evades the cliches endemic to this idiom. Indeed, In Worship Our Blood is Buried moves like a long-obscured fog ominously emerging from a spectral void both above and below. Its soundwalls may feel like purple velvet, but the sheer enormity of their paradoxically spacious swell feel suffocating and liberating simultaneously. Likewise, the moments of placid quietude bespeak a simmering tension bound to burst at any given moment...or build ever high, slowly yet inexorably, toward the very cosmos itself. At the end just as at the very beginning, all one can do is submit to In Worship Our Blood is Buried and allow EMBRYONIC SLUMBER to be your stargazing guide. 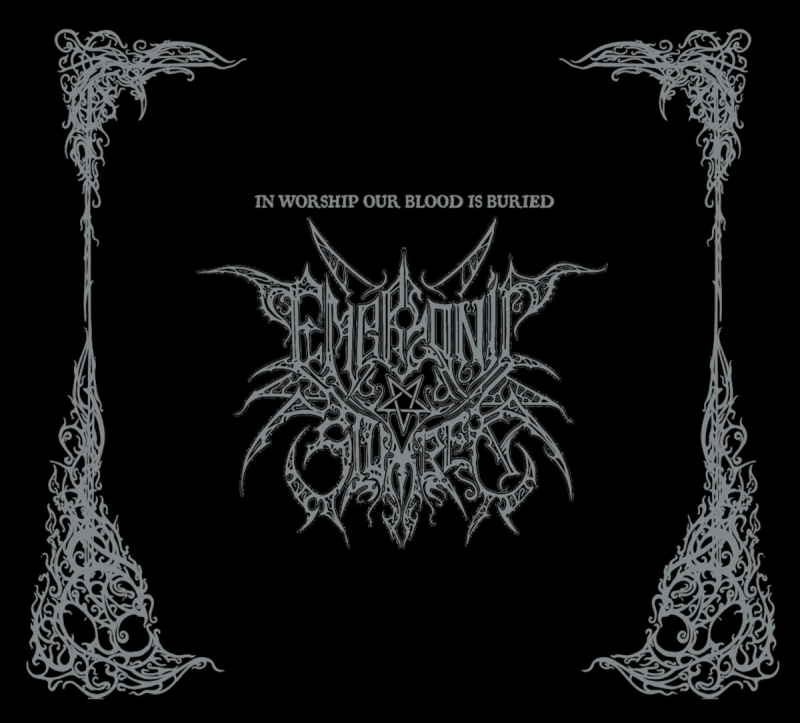