"Originally released in 2007, this album saw the Ukrainians return to their harsh Black Metal sound including blast beats, after the heavily Folklore inspired and partly acoustic “Songs of Grief and Solitude” (2006). With its clear and dark songwriting the band created an album that could nearly be called catchy, considering the genre, and even features some haunting solo parts. The lyrics on “Estrangement” are entirely derived from the words of the Ukrainian poet Oleh Olzhych. This masterpiece is now made available again in a much improved packaging." (Season of Mist)

1. Solitary Endless Path
2. Skies at Our Feet
3. Where Horizons End
4. Only the Wind Remembers My Name 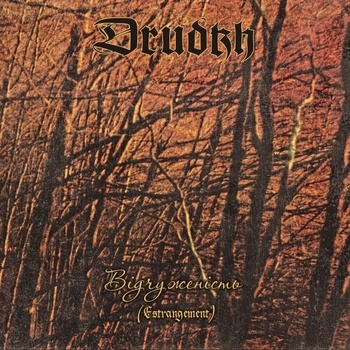