"Following six years of unsettled silence, French aural terrorists HAEMOTH return with seven singeing psalms of uncompromising Satanik supplication. They have used that time well, to hone and harness their untrammelled, indiscriminate hatred into an irresistible force. Their resolve heightened, HAEMOTH delivers a devastating statement of destructive defiance and vitriolic vehemence. Corrupted by the glorious, bountiful presence of all-knowing evil - vice and deviance their predominant muse(s) – the hateful hellmongers channel pestilence, corruption and occult rituals into their most scathing and relentless concoction yet. Nasty and nebulous; noxious and netherworldly; "In Nomine Odium" is a caustic, toxic and breathtaking excursion into the darkest corridors of the human psyche, where even the more ambient passages are dark, menacing and deeply disturbing. This is the soundtrack to your worst nightmare: life." (Debemur Morti Productions)

1. Odium
2. Slaying the Blind
3. Demonik Omniscience
4. Spiritual Pestilence
5. Disgrace
6. Son of the Black Light
7. ...And Then Came the Decease 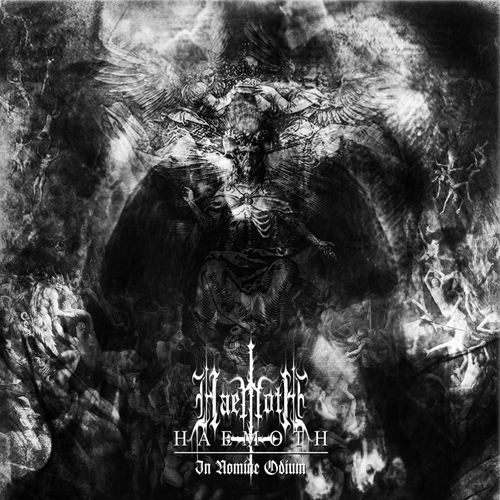