W.T.C. PRODUCTIONS is proud to present the long-awaited third album of long-running black metal cult CRIMSON MOON, Oneironaut. CRIMSON MOON was established in 1994 by Scorpios Androctonus - known also for his work with Acherontas, Zemial, Demoncy, Melechesh, and Akrabu among others - as a solo project in the U.S. and relocated to Germany in 1998.

After working with different members throughout the years, 2016 reveals the long-awaited third full-length release titled Oneironaut. Four years in the making, this album has returned to the roots of the lineup and was written, performed, and recorded once again entirely by Scorpios Androctonus with additional guest appearances by members of Acherontas, Demoncy, and Ralph Santolla (ex-Deicide, Death, Obituary) on select tracks.

The aura of Oneironaut is a familiar one to previous CRIMSON MOON releases in the spirit and atmosphere, both musically and lyrically. A definite progression is also introduced in song structure and strategic use of additional instruments, including exotic instruments such as the Esraj, Frame Drums, Tanpura, Cretan Lyra, fretless acoustic bass, and innovative uses of acoustic guitars among other stringed instruments and percussion. The music of Oneironaut executes a blend of mystical, dream-like atmospheres which morph from violent and aggressive black metal synonymous with the occult atmosphere. Lyrically, the topics vary from traditional Necronomicon-inspired myths, Sumerian lore, astral projection, and lucid dreaming to content that covers homage to the old goddesses of worship, survival of the fittest/breaking the myths of equality, and spiritual transcendence. 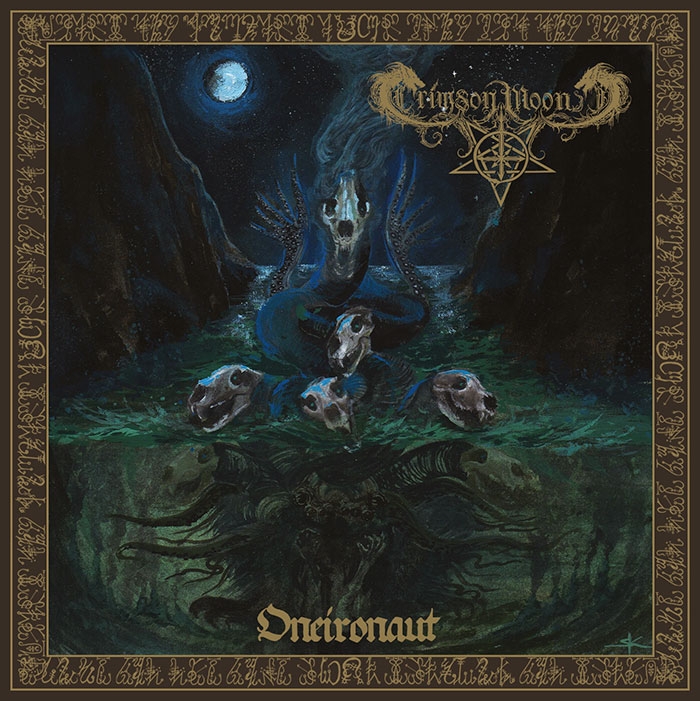 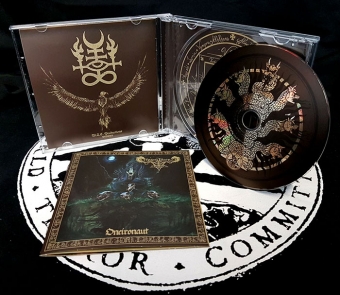