Black vinyl LP with gatefold jacket, insert, and A2 poster.

With its four demos in the early-to-mid-nineties, six full-length albums since and another on the near horizon, Demoncy is one of the most firmly established U.S. black metal bands in the history of the subgenre.  In fact, the band must be considered in the same circle as others like Profanatica, Grand Belial’s Key, Von, and Black Funeral as one who helped introduce black metal to the North American scene.  Beyond simply serving to present black metal to a new audience, Demoncy’s legacy also includes being one of the most influential bands in this style.  Over the years, countless bands have attempted to mimic their sound, but none has managed to meet, let alone surpass, the sinisterly dark aura that envelopes their music.  “Faustian Dawn,” Demoncy’s first album from 1993, is an artifact in the band’s early discography that perhaps best demonstrates their influence on the black metal landscape that later evolved.  Rife with heavily distorted and downtuned guitars, Neolithic percussion, keyboard-driven atmospheres, and multi-layered vocals – both raspy and whispered – “Faustian Dawn” ushered in a new era of evil.  Reflecting the historical significance of this album is the fact that it has been officially reissued three times – on CD, vinyl LP, and cassette, in that order and by three different labels – since the original self-release.  However, the sound quality of these versions suffered to some extent, with only the Damnation Records CD version widely considered to be adequate.  With the primary intention of increasing the availability of such an essential recording, but also with the goal of improving its listenability, Nuclear War Now! is honored to offer the definitive reissue of this classic.  Featuring remixed and remastered audio at the hand of Ixithra himself, a reinterpretation of the Damnation CD cover art by the incomparable Chris Moyen as well as the original self-released cassette drawing from the same artist, this latest version is certain to please both old and new Demoncy fans alike.  This reissue is offered not only as a nod to the band’s past, but also as a harbinger of the band’s upcoming album, “Ascension of a Star Long Since Fallen,” which is already recorded and also scheduled to be released by NWN! in the months to come.  With this reissue of “Faustian Dawn” and the impending release of the band’s strongest album since “Joined in Darkness,” Demoncy’s continuing lofty status in black metal is hereby perfectly bookended and cemented. (NWN) 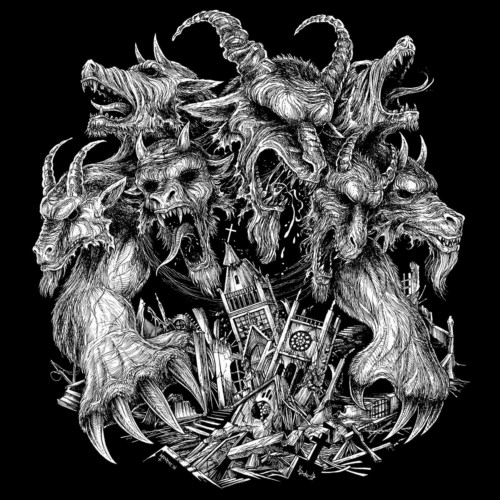 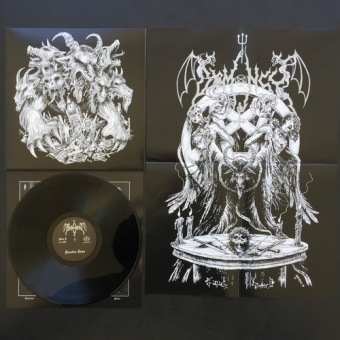