Art of Propaganda is proud to present the highly anticipated second album of Insane Vesper, Layil, set for international release on July 1st. Formed in 2002, this French quartet has steadily, subtly shaped its craft over the course of a demo and two splits before culminating in their debut full-length, Abomination of Death, released in 2011 by Art of Propaganda. Here, Insane Vesper proffered an orthodox distillation of the classic French black metal sound, but the band's performance and execution brimmed with a fiery charisma that safely elevated it beyond tired 'n' trite pantomime. However, it is with Layil where Insane Vesper have truly come into their own.

Beginning with tense yet strangely gorgeous intro, Layil soon explodes into being with a spiraling assault of almost-Technicolor grimness. Insane Vesper are most certainly, unequivocally a BLACK METAL band - violent, austere, merciless, and even a bit cruel - but the six scintillating hymns across Layil speak a slightly different vernacular. There's a continual, near-perpetual rise & swell to the album that suffuses these shadow-side ruminations with a unique texture, one that's not "black metal" by cliche but most definitely respectful of the form. For it's been shaped in the dark crafted aside everything else, Layil is the sound of Insane Vesper still walking the path etched by the previous releases but taking bolder strides along that path, acting as the shard caressing your throat. Verily, this opus shall bring you to the deep void of the night and commune in reverence to the dark goddess through lust and illumination: Layil, in many ways, is a source of light itself. But beware its wrath and crawl through the radiance of the nightside, nestled within its arms... 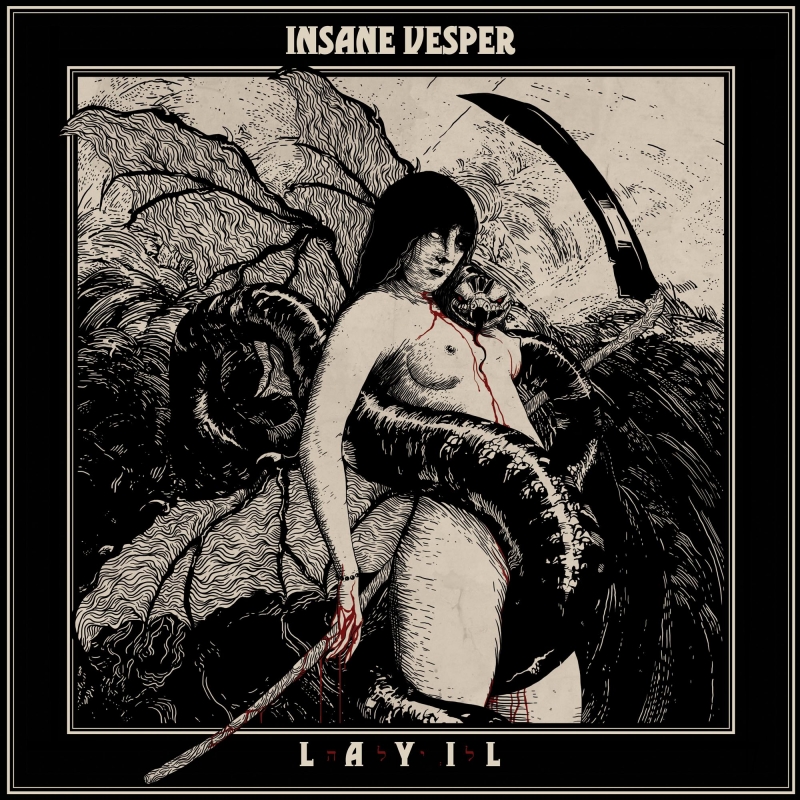