Nocturnal Breed - We Only Came For The Violence - CD

Backing vocals on track 3, 10, 12 by Ravn Courtesy of 1349
Keys & Synth by Sverre Slobrock Dæhli, Courtesy of Audiopain
Aditional vocals on "Limbs of Gehenna" by Ravn
Guest solo on "Frozen to the Cross" by Tommy Jacobsen - Courtesy of Sovereign

This entire album was written and created during February 2019
Exept; War-Metal Engine 2003, And parts of We Only Came For The Violence 2017
& Sharks Of The Wehrmacht 2017 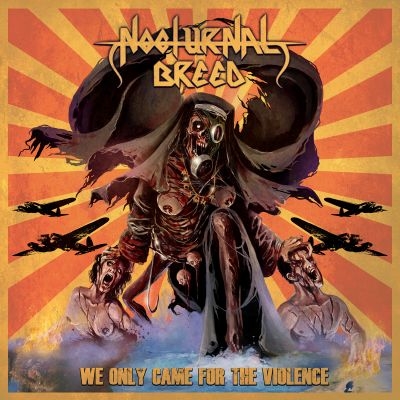