After years of being sold out and in time for its 10th anniversary, we proudly present a vinyl re-issue of Ascension’s debut album,
"Consolamentum", which was released for the first time on December 24, 2010.

The re-issue comes, like the first press, as Gatefold LP including a 12 pages booklet and heavy vinyl.
The first 111 copies come with white / red mixed vinyl, the rest with white vinyl. 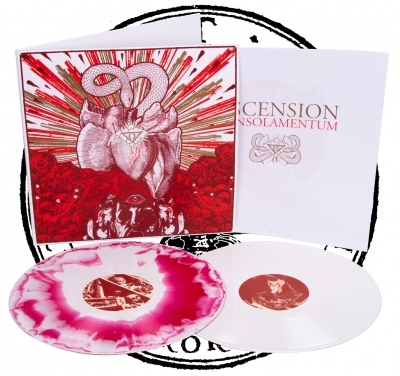 Ascension - The Dead Of The World - lim. Digipak CD

Ascension - The Dead Of The World - CD

PLEASE NOTE: this is a pre-sale and orders containing this DLP, will be shipped once they arrived.
Lieferzeit: 3-4 Tage
28,00 EUR
inkl. 19 % MwSt. zzgl. Versandkosten

Glorior Belli - Meet Us at the Southern Sign - LP