This album mark the milestone of Northern Heritage label, being catalogue number NH-100. For some years, there had been various ideas about how to celebrate the 100th release of the label. Eventually, every idea about special box-sets or other type of gimmick releases felt artificial. As the labels beginning – NH-001 – was a Clandestine Blaze album, there's no better way than to make NH-100 be that as well.

Northern Heritage doesn't want to give an impression that things are over. There isn't mere nostalgia, commercial gimmicks and other desperate attempts to awaken the interest of listeners. Label operates in a very similar policy as it did in the beginning. Having 100 releases in catalogue without any regrets may be an achievement in itself, but the work continues. New releases are already being planned for 2017.

What could be said of "City Of Slaughter" album?

It's expected that some people will conclude that this album sounds exactly like all albums before, and others will say it sounds completely different from previous works. So different, that it's not even recognized as being the same band. Truth is obviously somewhere in between. The album is the most aggressive and ferocious Clandestine Blaze album to this day. Guitars return to early days' maximum-distortion dirt. Vocals include more force and tone than in the old times. Drums hammer with slightly faster pace, and song structures sometimes break free from traditional templates. Lyrically the work is harsh and hostile, yet with plenty of substance to be discovered.

Approach of both the label and the band is repulsion towards pathological curiosity for "new", which completely excludes true interest and wonders of discovery. We have seen gimmicks disguised as development, imitations of new trends disguised as actual ideas. Material for those curious merely for entertainment of new experience.

In diametrical opposition truly sinking deep and understanding the experience. Instead of absorbing, seeking to understand and seeking to fully experience and consciously committing to a specific thing, the pathologically curious simply drift in mercy of latest fads. This never leaves any true mark or provokes one to fully commit on something that really has life-altering meaning.

We reject drifting in stream of superficial curiosity. We seek to cultivate, dig beyond surface level and be inspired by what was and still is a strong and meaningful source of inspiration. 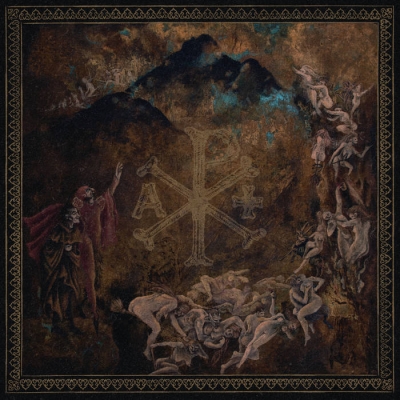