180g smoke vinyl, booklet with lyrics and illustrations, A2 poster.

A monument to the group’s namesake dark sorceress goddess, keeper of the baneful sword Lævateinn, “Hvísl Stjarnanna” is bound together thematically by myths relating to sirens, ghosts and malevolent spirits beckoning from beyond. To heed the whisper of the stars is to be transfixed by a dreamlike connection and melancholic yearning for the realm beyond the stars, to be guided by the mediators between the world of the living and the nightside of the dead. Musically the album sees the band further progress the style previously touched upon on their latest MLP "Within the Weaves of Infinity" which saw the band infuse their chaotic and forceful Black Metal with a melodic richness which harkens back to traditional forebearers of the Scandinavian style. On “Hvísl Stjarnanna” SINMARA reveals a mournful and nostalgic atmosphere and soundscapes steeped in more grandeur than they’ve crafted to date, but yet showcasing serpentine harmonies permeated by the same malefic venom as has come to be expected of the band.

SINMARA have taken the Black Metal underground by storm since the release of their cult classic debut “Aphotic Womb”, followed by a split with compatriots Misþyrming and MLP "Within the Weaves of Infinity". Regarded as among the leaders of Iceland’s trailblazing Black Metal scene, SINMARA have played countless shows in Europe and the USA along with members taking part in various other projects such as Svartidauði, Almyrkvi, Slidhr, Wormlust and more. SINMARA was joined by Acherontas, Slidhr and Shrine of Insanabilis on the ‘Dimensional Nomads’ tour through Europe in 2016, and 2017’s ‘Astral Maledictions’ tour saw them join forces with Sortilegia, Almyrkvi and I I. SINMARA has further appeared at three American festivals; Maryland Deathfest, Messe des Morts and Dissociative Visions, as well as being a mainstay on the European festival circuit with performances at Beyond the Gates, Inferno Metal Festival, Throne Fest, Prague Death Mass, Mörkaste Småland, Celebrare Noctem, Oration Festival and more.

Sinmara - Within The Weaves Of Infinity - LP

Sinmara - Within The Weaves Of Infinity - Digipak MCD 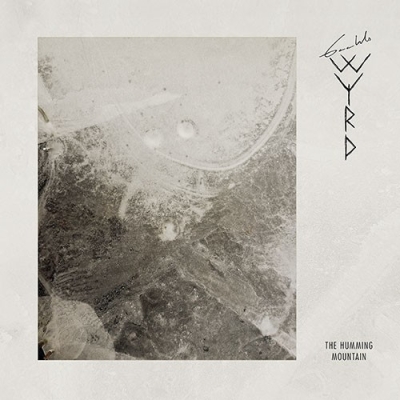