In regard to the release, the Band comments:

Over the past 25 years, SIA has been an album we deemed slightly problematic. But the more time has passed, the more we made peace and identified with it, as work that was right at the time. After Apokalypse, this was the logical other extreme, a bombastic album, with keyboards as the defining element. Yet, this is just one side of the coin.

LP 2 features a version which has in parts surfaced here and there, sourcing from an old cassette.  A year ago, PK found the original, superior quality CD-R, which we took home after the first few studiodays back in november 1997, for Silenius to rehearse and to see what should be overdubbed guitar-wise.
Unmixed, with random fader settings on the mixing desk, on the evening of the third recording day. Still, this old Hörnix-Studio CD-R turned out as a valid historic document 25 years later, and worth to be released. With a few surprises – like an unedited, long ending part of a song with 2 more riffs, missing on the finished album.

Side C and D, pressed in the order of original recording, shows the nucleus and the essence of Supreme Immortal Art and ABIGOR 1997. We approached recordings back then just as we did on the demos - still an immature and not „professionally trimmed“ band, everything done on the spur of the moment. Not elaborate and sophisticated, but rough and in retrospect, sloppy. But for us, it still was the magical years, full of „that energy“, although the dawning of a golden period´s end. Ravel in nostalgia, for this is a genuine artefact of a sunken era! 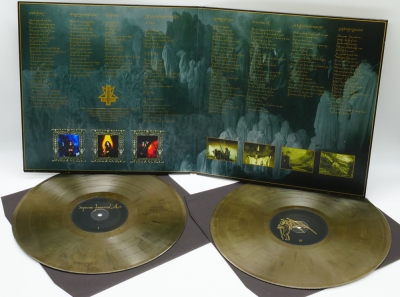 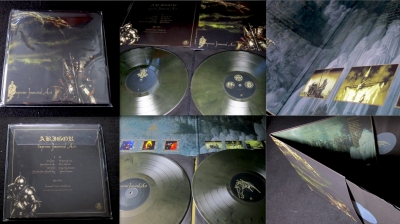 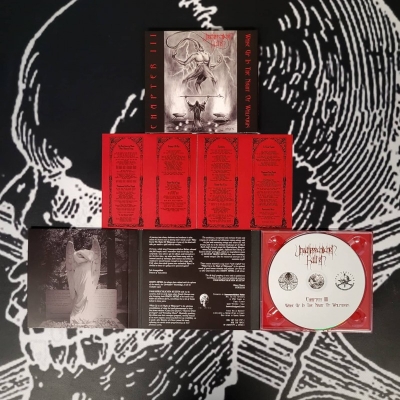