It was but 2020 when GRIEVE emerged from the darkness with their self-titled debut EP. Although otherwise meant to exist strictly in that darkness, it was soon discerned that the band included veritable Finnish black metal royalty within its ranks. Nevertheless, the swiftly uncompromising nature of Grieve was felt: Northern Black Metal Exclusively From the 1990s. No more, no less, no progression, no fun.

The same banner is upheld on Funeral, GRIEVE's highly anticipated debut album. Aptly titled, Funeral is also the band's final recording, and a more fitting epitaph one will not find. Recorded in Hell during the diabolical summer of 2021, GRIEVE's first full-length is a fiercely focused one, solely featuring funereal marches by V-Khaoz and last rites by Werwolf. Beyond cold, utterly grim, violent and restrained simultaneously, Funeral is a record out of time, one where the last couple decades of "black metal" never existed. In fact, it's not inaccurate to say that GRIEVE's final strike could've been released by Malicious Records back in the mid '90s, so authentic and impassioned is this vintage obsidian. Suitably for the occasion, mastering was done at Trollhouse Audio, giving Funeral that extra gleam of deathly pallor. / Werewolf Records

Venefixion - A Sigh From Below - CD 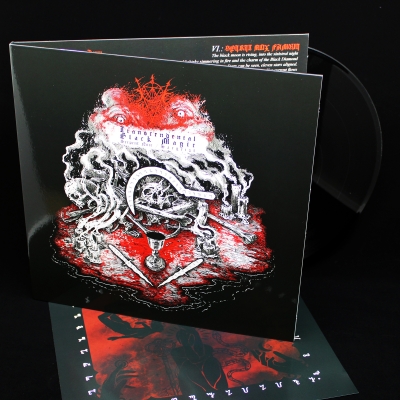