Long an infamous name in underground circles, GOATVULVA formed in Finland in 1989 as a solo-project/side-distraction. With the band's creations booze-fueled and spur-of-the-moment, many recordings are rumored to exist, and dates of release are entirely speculative. However, it is with absolute authority that the legendary Blasphemous Sexfago demo came first, in 1990 - and fittingly so, its title furthering the inspiration/influence of Sarcofago's earliest (and best) works, and in effect serving as a secondary inspiration/influence for later legions delving into the deepest recesses of the bestial arts. That same year next brought Rehearsal '90, with a flurry of demos following the next few years: chronologically Baphometal, Capella, Crucifixus, and Erotic Worship, the first- and last-named also serving as unwitting influences many years later for those wishing to explore the gutter of bestial/experimental black-noise morbidity. 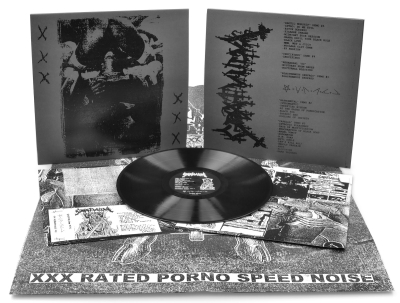 The Lord Diabolus - Down There - LP

Merrimack - Obsecrations to The Horned - CD