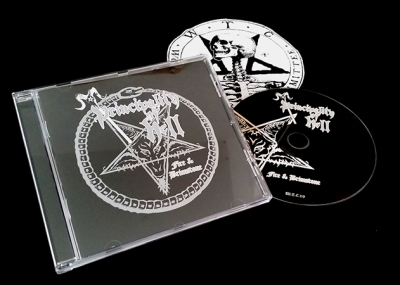 Necromantia / Acherontas - ...For The Temple Of The Serpent Skull... - CD