It's been 15 long years since Finland's TRUE BLACK DAWN released an album. Back then, the band were monikered simply BLACK DAWN before a no-name American band threatened legal action and forced a change to TRUE BLACK DAWN. During the '90s, the band had made its name in the black metal underground with a handful of demos, most significantly 1993's War Against Christians. But come time for their debut album, 2001's Blood For Satan became an immediate classic in that underground with its cryogenic distillation of filth and fury, a horrific and histrionic beast of dead-cold dread. Very much "just" a black metal record but by no means hindered by this stark and simple fact, Blood For Satan helped kickstart Finland's dominance of the black metal scene during the new millennium.

Alas, the band were forced to changed their name to TRUE BLACK DAWN and it would be four years before a new recording appeared, as part of a three-way split with Finnish compatriots Enochian Crescent and O. Here, as part ofO.B.C., TRUE BLACK DAWN delivered seven strange and defiant tracks that proved more than a moniker change was afoot. In a number of ways, these songs aimed for the unorthodoxy at the heart of true black metal, and were successful in defiling a "clean slate," as it were; tellingly, their contribution to the split was titled Boogeyman Unbound. Collectively, these songs displayed the band's daring nature that would manifest in each recording sounding distinct from the one that preceded it.

And then, as defiantly as they entered this seemingly new era, TRUE BLACK DAWN just disappeared. Whispers of activity abounded, but nothing concrete appeared for a long time. A show in their hometown of Helsinki at the Black Flames of Blasphemy Festival, and then their first performance outside the country at 2014's Incubate festival in the Netherlands...something was stirring.

Indeed, the beast has finally awoken, and TRUE BLACK DAWN have named it Come The Colorless Dawn. The title is significant both for the band's rebirth but also for their adherence to the iron-fisted tenets of pure, traditionalist, resolutely Satanic BLACK METAL. Sonically, the band - led by founding vocalist Wrath and guitarist Syphon - offer up a chalice that tastes like the Blood of Satan, but more so tastes of a different and equally potent vintage, once again upending the rulebook by defying what came before. Bookended by the traditional intro and outro, the nine black metal tracks comprising Come The Colorless Dawn explode into being with that same ancient fire, but then twist toward thornier, moodier corridors they perhaps wouldn't have been able to locate in their earlier years. Likewise, the new album strips back the berzerker rawness of the debut for a well-rounded soundfield where each instrument is heard clearly and filthily, allowing space and spaciousness to seep through these spiraling screeds of horror and infect on a level that's less immediate but longer-lasting. Then again, three new members comprise this new guise of TRUE BLACK DAWN - drummer VnoM, bassist Cult, and guitarist TG - and their understanding of what made Blood For Satan so special is immediately apparent. And as much as Come The Colorless Dawn truly sounds like the successor to that debut album, it more so thrusts a defiant fist of newness forward.

For those that say "true black metal is dead," W.T.C. PRODUCTIONS proudly presents evidence to the contrary. That it hails from a band who were around during the original early '90s wave but who were then reinvigorated by new blood just proves that the art of black metal is more than just "music," and rather an eternal flame of empowered (and empowering) darkness, boundless and unbound. Come The Colorless Dawn, there shall be TRUE BLACK DAWN. 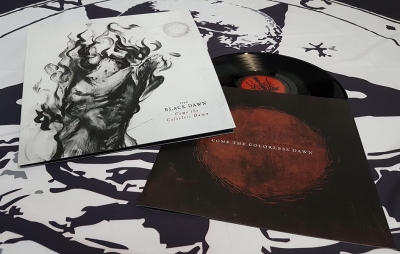 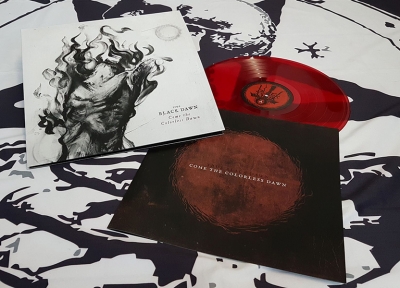 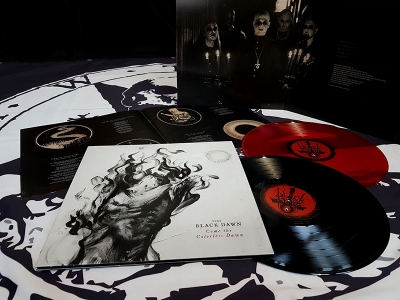 Thokk - A Trance for the Ever-Toiling Witch - CD 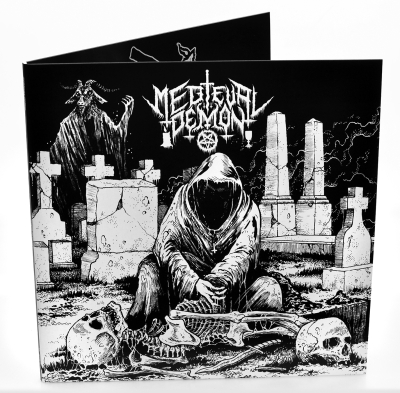