The vinyl version of "Reaping Season, Bloodshed Beyond" comes with heavy vinyl (100 x black / white merged, the rest black) and includes a A5 sized 16 pages booklet.

By now a pillar of Germany's long-potent black metal underground, Chaos Invocation go from strength to strength on Reaping Season, Bloodshed Beyond. Still possessing the heaving muscularity which marked 2013's critically acclaimed Black Mirror Hours, the band now take their sinuous and serpentine black metal down more dynamic corridors - and ones startlingly melodic, too, all without losing the grit 'n' grime so central to their aesthetic. As such, Reaping Season, Bloodshed Beyond indeed reaps - a whirlwind, a vortex, both and beyond - and indeed sheds profuse blood, black and ichorous and as viscous as ever. And yet, across the album's pendulous 53 minutes, myriad magicks are invoked which prove that pure, strident BLACK METAL can retain its soul-piercing intensity even when its borders are being boldly unbounded. 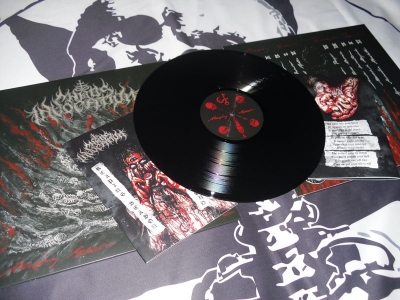 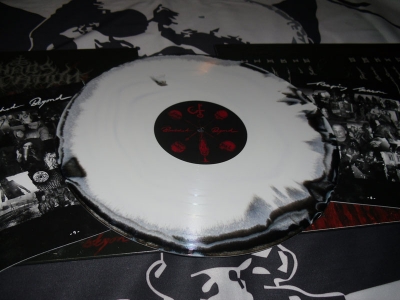