We are proud to present a special split album between INFERNO and DEVATHORN. Titled Zos Vel Thagirion, a newborn spawn arises from the very depths of dementia, materialized upon this plane and beyond.

The Circles of DEVATHORN and INFERNO call upon the maddening rays of Zos Vel Thagirion and the dementia of Sorat, materializing the trance of Drakon into a sonic amalgam of raging, hysterical mystagogy.

Extending to a total length of 33 minutes, the spiritual endeavor of Zos Vel Thagirion features the heinous collaborations of Michael Idehall on the DEVATHORN side and Acherontas V. Priest on the INFERNO side, respectively, while crafted and mastered at Necromorbus Studios and Emissary Studios to become an undisputed aural vessel to the fields above the mundane specters.

Black metal as spiritual development, black metal as spiritual warfare: the intrepid listener shall find both across the vast landscapes of Zos Vel Thagirion, at the skilled hands of INFERNO and DEVATHORN collectively. With artwork penned by the fabled Jose G.A. Sabogal and manipulated by the infamous Mentalporn, this split album is indispensable arsenal in both bands' grand, girded canons.

A Typhonian dissolving formula and a clavicula animis to the primordial Qliphothic worlds of Ilan Hizon. Within this blazing Sun-shell of Tagaririm, Man becomes Beast and the Beast becomes Man, forged, unified and embodied to become God and beyond God, to surpass the messianic curse and the karmic cycles alike. A Draconian formula that acts and reacts, the golden scimitar of Iblis drenched into the desert madness of Sutekh, flaying the layers of reality and Self to unearth despicable truths. The topaz emerald of the Boddhisatvas, the pyre of the Seers and the palm of the Prophets, the abode of Daemon and the totemic manifestation of Kténos, where the realization becomes consciousness and all dialectics become a sinister, animalistic Glossolalia. An atavistic, bestial incantation of dispute and revolt, a call upon Ba'al-Phagor to lead the path to inner volcanic realms. The assemblage point of apokténosis to apotheosis, the Sun above all Suns, the Eye of DRAKON. 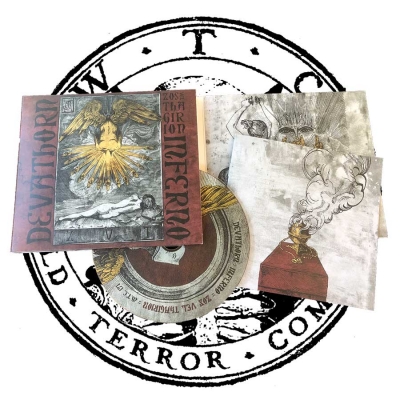 Mord'A'Stigmata - Our Hearts Slow Down - DigiCD

Categories
Shipping country
Quick purchase
Please enter the article no. from our catalogue.
Welcome back!
New productsmore
Embryonic Slumber - In Worship Our Blood Is Buried - LP 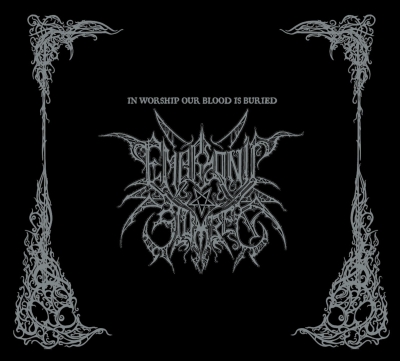