ORDER OF THE EBON HAND was formed in Greece in August, 1994 by Merkaal (NOCTERNITY,MOURNBLADE) on vocals / bass and Lorthar on guitars. Their mission was to create orthodox black metal. Lethe (SEPTIC FLESH,MOURNBLADE, THOU ART LORD, HORRIFIED and NECROMANTIA) joined shortly after, handling drums and keyboards. The order was then complete.

Their debut on Hypervorea Records, "Mystic Path to the Netherworld", was released in December 1997. That year, the band was named "Most promising Greek band" by the readers of Metal Invader magazine. The end of 1998 saw the completion of a new album entitled Avatar Trinity but it was soon shelved, due to the folding of Hypervorea records, as well as personal differences and disputes within the band. Obligatory Greek military service led to the temporary hiatus of the band until 2001. The reformation in 2001 saw the band focusing deeper on the blackened veins of occult mysticism. Their musical direction is of hyper speed black metal with Norwegian, death and even darkwave influences.

Each forthcoming record is planned to have a concept inspired by the arcane symbolism behind each of the Tarot cards! Lorthar soon departs and is replaced by Asmodey who is chosen for his technique, versatility, speed, and general musicianship. During the recording process, Chris of CHAOSTAR / SEPTIC FLESH and Sotiris of SEPTIC FLESH participate as session musicians. Classical pieces and guitar leads are added by these session musicians thus giving the band an even sharper edge. In the meantime, Black Lotus Records asks the band to contribute to it CELTIC FROST tribute album, Circle of the Tyrants. Their cover of Rex Irae includes Natalie Rasoulis (SEPTIC FLESH). Asmoday switches from his nickname to his ritual name, Phlaigon.

After several label offers, the band sign with French extreme label, Season of Mist, and the bands newest work, "XV: The Devil", is released in January 2005. This black metal piece is named after the 15th Tarot card, an icon that connects ideological extremes with physical prowess that can devour a person if wholly given to them, rather than tame them. The music herein can be considered orthodox black metal but it also journeys through various unexplored fields, with occult - yet cinematographic atmospheres. ORDER OF THE EBON HAND presented their work successfully when opening for THERION at Rodon, which at the time was Greece's largest and most classic indoors venue. In July of 2005 ORDER OF THE EBON HAND appeared in Greece's biggest outdoors event, namely, Rockwave Festival, the day that SLAYER headlined.

AKROTHEISM, the band’s first song entitled as “Generation Of Vipers” was recorded at DEVASOUND studios and mixed/mastered by Fotis Benardo of SEPTIC FLESH for the purpose of an upcoming split release along with ORDER OF THE EBON HAND.

Akrotheism have also completed the recordings of their first album baptized under the name “Behold The Son Of Plagues”. It will include 9 blasphemies towards the spiritual chaos of humanity, recorded at DEVASOUND studios, while the mix and master took place at NECROMORBUS studio by Tore Stjerna.

Tracklisting:
1. ORDER OF THE EBON HAND Behold The Sign Of A New Era
2. AKROTHEISM - Generation Of Vipers

This release is limited to 500 copies ! 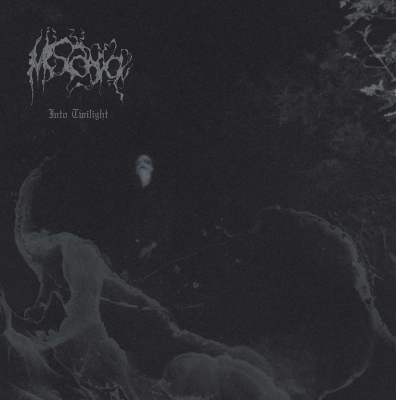