We proudly present ABIGOR's new album, Totschläger (A Saintslayer's Songbook), which will definitely delight those, who missed the bombastic element ever since Black Metal´s glorious period.

„Totschläger“ isn´t exactly „Nachthymnen part II“, still there are plenty of equally majestic moments. Singling out more references, some listeners will even draw a line back to „Orkblut“ at some parts, while other spots are reminiscent of “Opus IV”s strange and otherworldly aspect.
Make no mistake, this is the same fully developed outfit here which brought you the powerful wall-of-sound assault of „Leytmotif Luzifer“ - and maybe, this is the best way to superficially describe ABIGOR´s 2020 recording: a mixture of Leytmotif´s fat, precisely riffing up-to-date Black Metal united with the mood, spirit and sometimes even arrangements and instrumentation of their trademark 1990s works.

The atmosphere captured on this new release has also opened up from the strictly apocalyptic darkness which contemporary Black Metal more and more embodies almost exclusively, to let those 1980s Metal influences in which have almost been buried in the 90s - be it the the melodic guitarwork or the uplifting, „into the battle“ kind of parts, which were always present in the old days. Therefore, the whole broad spectrum which 90s BM once offered, has been resurrected for „Totschläger“. Riff-based heaviness like the opener Gomhorra Rising (the verses composed as a bow to Euronymous´ eternal regency for such style), slow melancholic hymns like Guiding The Namelss, or ultra-fast devastation like Terrorkommando Eligos - a song which puts every self-declared Panzerführer right into primary school.

Modern symphonic libraries and orchestral samples have been shunned, instead, old-school keyboards bring back an ancient BM feeling, but there is more, almost Power Metal style influences on Orkblut and Tartaros Tides, and rest assured, the complex, sophisticated or progressive strength of ABIGOR is also blazing through at any given moment.

Crowned by the varied voice - or rather, the countless voices - of Silenius, who is again in unchallenged form and presents us with memorable refrains and hymnic choruses rarely heard before in such way.

With many newer “orthodox” groups having exploited the legacy of Cain, ABIGOR always hesitated to mention the glorious first murderer on their past releases, yet it was unavoidable this time. The patron of the album unveiled himself as no other than the gruesome slayer, embodying the ongoing thematic thread and combining the various topics of the songs to one figure - the father of archaic violence, the son of an ever-raging rebellion, the divine figure breaking the chains, devoted to the satanic virtues and forbidden paths. He represents the refusal to bow and suppress impulse and instinct, and in this tradition we must ban all fear of consequence, for a shining world opens for those who fight. If blood must be spilled, blood will be spilled. After all, Black Metal still is a radical artform and forever will be. In this spirit, ABIGOR are alone on their field and in opposition to everyone who tries to monopolize or misrepresent the flag-bearer of Eligos, attempts which constantly are pursued, since ABIGOR bow before none and march for nothing but their own values:
Everyone who by now isn´t accustomed with these, and with the religious and ideological substructure in general, will find the lyrics printed in a lavish 20 page booklet. Maybe the central line of the album is found on the song Orkblut (Sieg oder Tod):
“When all worship is done, when all candles burned down, it´s time to claw at knife and sword again”.

With this headnote in mind you should now savor the album yourself. Either as the hardcover mediabook CD format, or the gatefold LP in smoked red/black vinyl. Both formats have been laboriously prepared to do the content justice, neither LP nor CD are standard quality, neither trouble nor expense has been spared for this cornerstone release.

The vinyl´s lacquer cut has been done by SST again, with the aim to retain hi-fidelity even when the rather overlong playing time of the album is cut on one LP, to provide a continuous listening without having to scatter the songs on 4 sides. 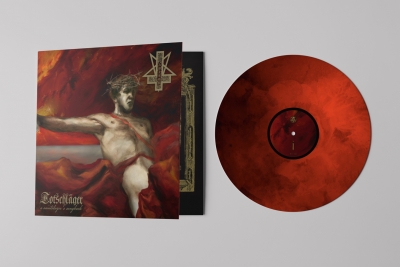 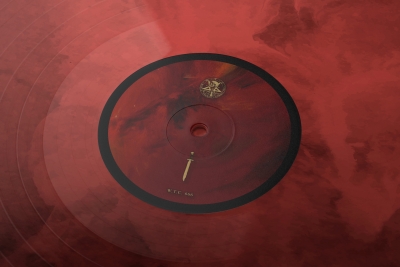 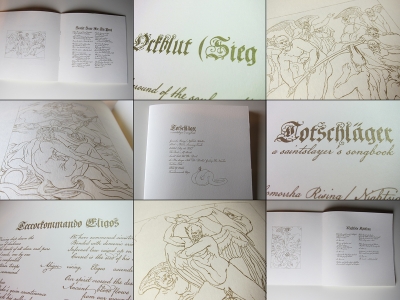 Ascension - The Dead Of The World - lim. Digipak CD 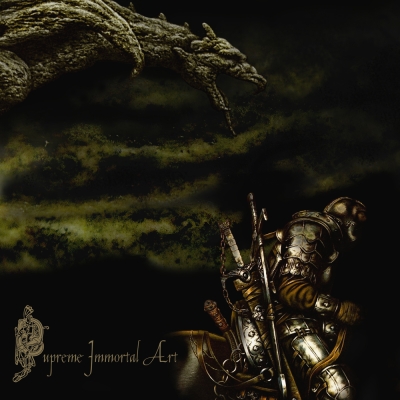